CHAD is a worldwide alliance of devotees who chant at least one chapter of Bhagavad-Gita As It Is every day.

“And I declare that he who studies this sacred conversation of ours worships Me by his intelligence.” (B.G. 18.70)

You’ll feel impetus to chant Gita everyday knowing that others are doing it with you.
You’ll gain superior strength and knowledge in devotional service by reciting and hearing the divine conversation between Krsna and Arjuna.
You’ll be cleared of offences you’ve committed in worshiping the Deity.
You’ll automatically learn multiple Bhagavad-Gita verses through repetition. (“Repetition is the mother of learning.”)
You’ll develop skill in citing important slokas as evidence from Bhagavad-Gita.
You’ll awaken a sweet relationship with Krsna Who reveals Himself to those who daily chant the Bhagavad-Gita.

Download each Chapter of Bhagavad-gita As It Is (Sanskrit and English) in an easy format here:

Here are a few things that Srila Prabhupada said about chanting and reading Bhagavad-Gita:

Srila Prabhupada: “I thank you so much for having nicely appreciated the Bhagavad-gita As It Is. This book should be read by all of my students at least one chapter per day, and in kirtana class it should be discussed sloka after sloka. Practically, we have tried to explain in this book all of the basic principles of Krishna Consciousness. If you can simply cram Bhagavad-gita then you will surely become a very good preacher.” (SP Letter Jan. 3, 1969)

“If one commits any of the above offenses, [offences to be avoided while worshiping the Deity are listed] one must read at least one chapter of Bhagavad-gita. This is confirmed in the Skanda-Purana, Avanti-khanda.” (SB 7.5.23 Purport)

“Please try to read this Bhagavad-gita As It Is. It is science of God. You will understand… You will realize. And chant this Hare Krsna mantra. This Hare Krsna mantra will cleanse your heart. And after cleansing your heart, if you read one chapter of Bhagavad-gita, you will understand gradually what is God, what you are, what is your relationship with God. And when you understand all these things and you develop your love of God, you become perfectly happy.” (SP conversation May, 12, 1969)

“Anywhere Bhagavad-gita is chanted, that place becomes a tirtha [a holy place].” (SP quoted in Lilamrta)

“When you study very carefully all of the literatures which are available, especially Bhagavad-gita As It Is, you will have in your grasp answers to all questions that may be put to you. Please encourage the others to read this Bhagavad-gita at least one chapter every day.”
(Letter to Upendra, January 6, 1969)

“This Gitopanisad, Bhagavad-gita, the essence of all the Upanisads, is just like a cow, and Lord Krsna, who is famous as a cowherd boy, is milking this cow. Arjuna is just like a calf, and learned scholars and pure devotees are to drink the nectarean milk of Bhagavad-gita.” (Gita-mahatmya 6) 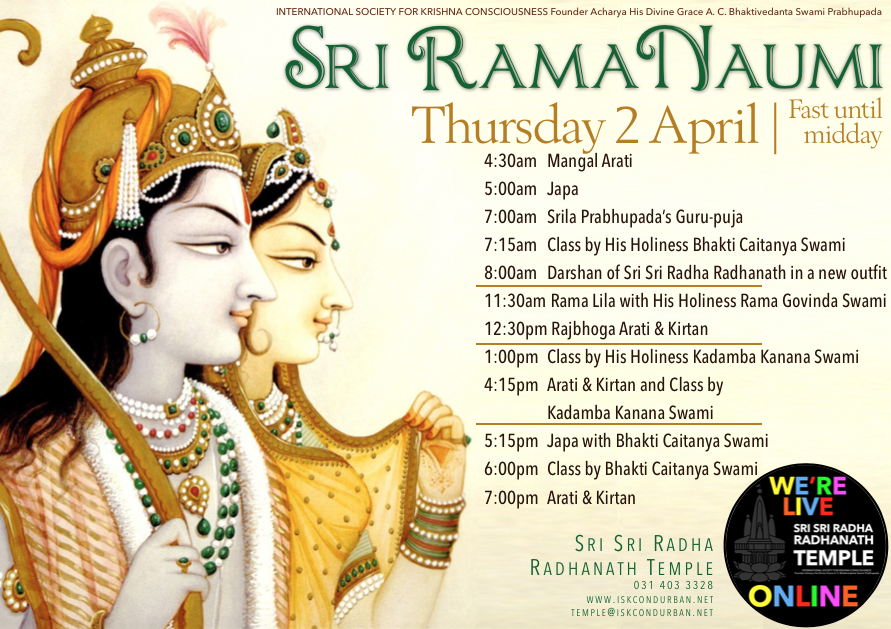 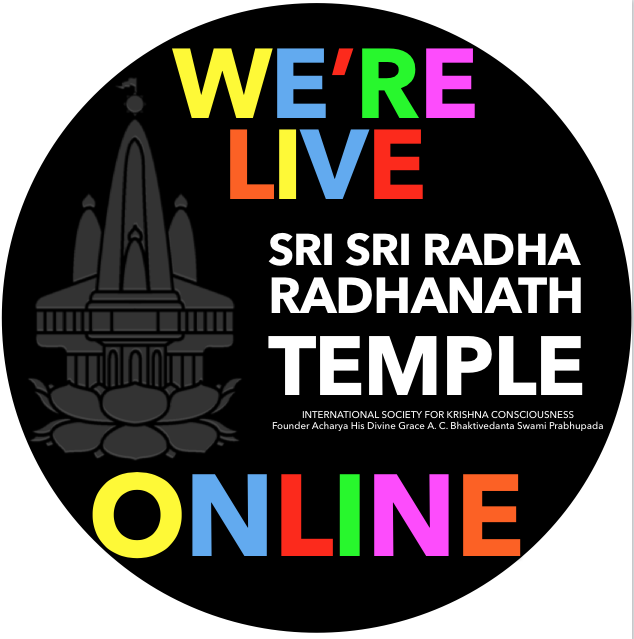 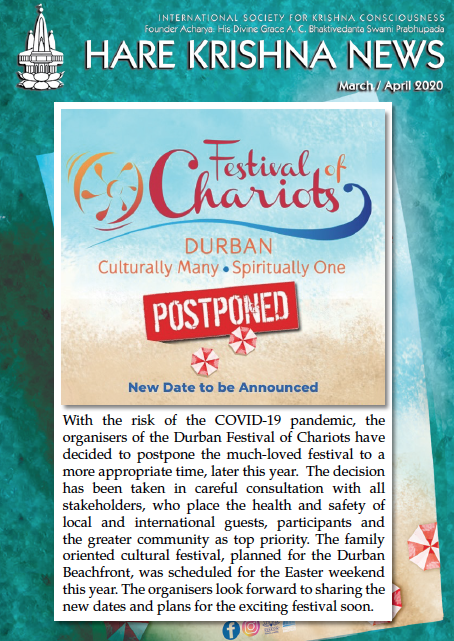 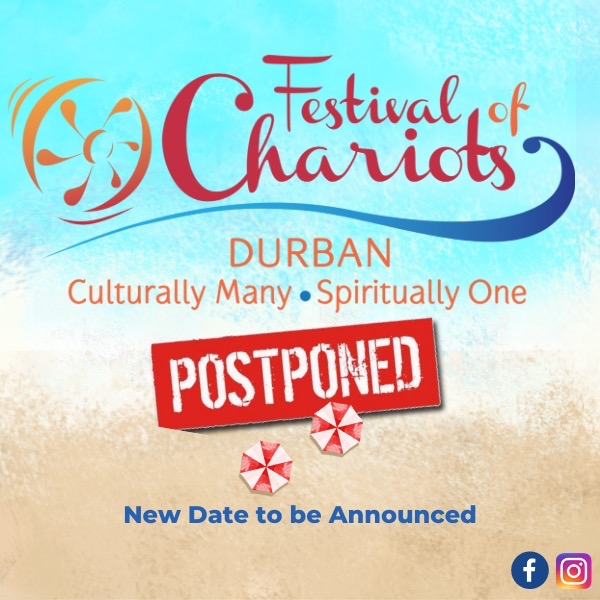 The Quest to Ahimsa 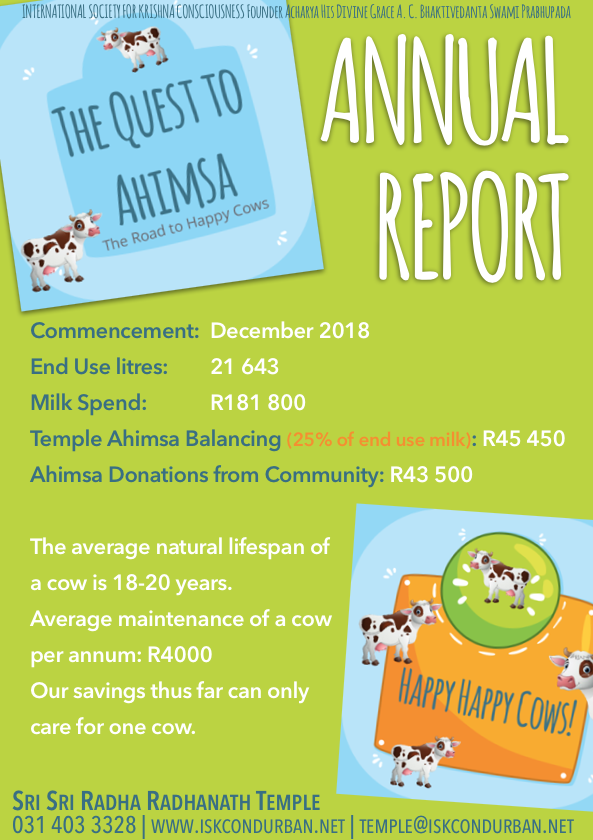 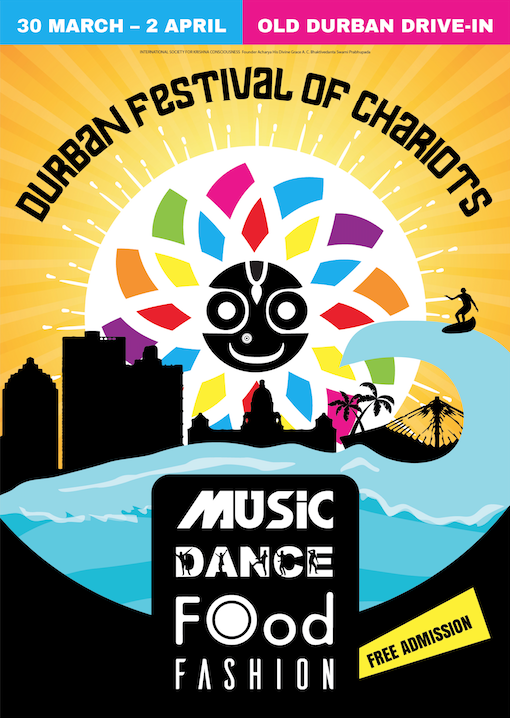